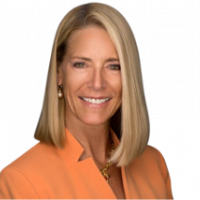 Joryn handled her first collaborative divorce in 2002. She now says “I help collaborative professionals express their passion in such a way that the clients they want to serve, want their services.”

While practicing law, Joryn also served for ten years as the editor-in-chief of two national magazines. She authored Florida Civil Practice Motions (Lexis Law Publishing), three books on law firm marketing, and five books on the collaborative divorce process, all available at www.JorynJenkins.com and on www.Amazon.com.

Joryn received the American Inn of Court's Christensen Award, given to only one person each year at a ceremony performed in the United States Supreme Court. She has also been granted the President’s Award, the highest honor that the Federal Bar Association bestows, again, to just one person annually.