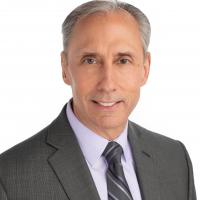 'Given my circumstances - which were at times overwhelming - it was very helpful to have an attorney who kindly kept a realistic and straightforward perspective. I appreciate the honesty, and it helped me make the right choices for the long term.'

Attorney Mathew Kobliska received his Bachelor of Science from the University of Michigan in 1988.

Mr. Kobliska was among the first to be awarded a Certificate of Completion for the Institute of Continuing Legal Education's Family Law Certificate Program in 2008.

Mr. Kobliska has been named as a Michigan Super Lawyer for 2012, in a statewide nomination process. Super Lawyers is an annual jurisdictional listing of outstanding American lawyers from more than 70 areas of private practice. Only five percent of the private practice lawyers from any state or region are included each year. Super Lawyers, as division of Thomson Reuters, uses a rigorous multiphase selection process, considering a wide range of objective indicators of peer recognition and professional achievement. Mr. Kobliska has been conferred with this honor for calendar years 2013 and 2014 as well. In addition, he was awarded the Top Attorneys in Michigan designation by The New York Times in September of 2012. In addition to being a highly qualified and experienced lawyer, Mr. Kobliska is also a trained mediator and arbitrator. Mr. Kobliska has been approved as a mediator in six county circuit courts in the State of Michigan, and has fulfilled the requirements set forth in Michigan Court Rule 3.216 by completing SCAO approved course work and training under the instruction of internationally acclaimed mediator, lawyer and author, Forrest S. Mosten. Mr. Kobliska is also qualified for court appointment as an arbitrator pursuant to §5073 of the Revised Judicature Act. Collaborative law is a new aspect of his practice, but it draws upon decades of experience in representing men and women in divorce and other domestic relations matters.