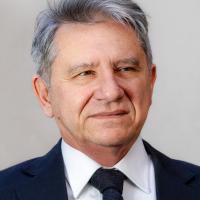 Marco (1958) has been practising the law in Italy since 1981 as a civil and divorce Lawyer.
Formerly (until 2003) a Partner to an International Law Firm is fluent and can correspond in English. Founder and Partner of Family Law Consortium, Rome 2008/2011 Founder and Owner of Family Law Italy a boutique law firm that he runs since 2011, specializes in International family Law, Collaborative Practice, International Child Abduction. Speaks colloquial French and Spanish. Italian Mother Tongue.

Marco has been practising the law since 1981 as a civil and divorce Lawyer - Professor and Internship Provider at Temple University of Rome (2017 to date) - 2019 Founder and Member of the Board of RISOLVERE.EU - 2017-2018 Former Member of the Board of Ron Ousky Collaborative Group - 2010/2013 First President and founder of IICL (Italian Instistute for Collaborative Law) 2009 to date Owner of www.familylawitaly.com ~Formerly (to 2003) a Partner to an International Law Firm is fluent and can correspond in English. ~Admitted as a Defence Counsel before the Supreme Court since 1995 ~Co-author of books and publications (1998, 2001) in the Family Mediation field. ~Trainer since 1998 to several Mediation and Co- Mediation Courses for Lawyers and Mental Helth Professionals. ~Past Vice President (2006-2009) of ANAMeF (National Association of Family Mediation Lawyers) ~Member of the Conciliation Chamber of the Law Society in Rome. ~Acts as Co-Mediator in Family Mediation Matters and as Sole Mediator or Conciliator for Civil/Commercial Matters

Since the year 1998 Marco has been involved in Family Mediation, as a Founding Member of the Ismef with Professor Carmine Saccu (with whom co-authored the Code of Family Mediation 2001) and lecturing Family Law for the Mediation Courses of Scuola Romana di Terapia Familiare (1998-to date). Later on he became a Founding Member of Accademia della Famiglia, directed by Professor Maurizio Andolfi, whose Centro di Co-mediazione Familiare Marco has been co-directing (as to the Legal Area) since 2005. Marco used to be a trainer and instructor in Mediation Courses (90 hrs) run by said Accademia della Famiglia, specifically oriented to the formation of Lawyers Mediators. From 2001 to 2004 Marco was a panelist to Basis 60 hrs Mediation Courses held in Rome by Associazione Nazionale Forense. He trains CP since 2011

Co-author of books and publications in the Family Mediation, Civil Mediation, COllaborative Practice (see Linkedin Profile for the LIst). Trainer since 1998 to several Mediation and Co- Mediation Courses for Lawyers and Mental Health Professionals. Member of the board of Risolvere.Eu an Italian Association for Collaborative Law. Past President of Italian Institute of Collaborative Law (2010-2013) Former of the Board Member of the Board of Ron Ousky PG in Ascoli Piceno. Past Vice President (2006-2009) of ANAMeF (National Association of Family Mediation Lawyers) Expert litigator, when needed.