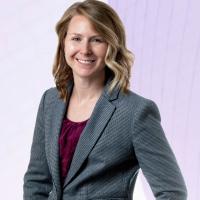 Daryle C. Tibbs is a lifelong resident of Cincinnati and proud alum of William Mason High School. After finishing her education and working for another firm for approximately one year, Daryle returned to Cincinnati and opened Tibbs Law Office in May, 2011.

As part of her efforts to give back to the community, Daryle has served as an attorney advisor for the Mason High School Mock trial team where the students learn to think critically and learn about courtroom etiquette. From 2013 through 2015, Daryle served on the Board of Directors for Living Hope Transitional Homes, a non-profit organization which helped homeless women and children transition from homelessness to self-sufficiency.

Daryle C. Tibbs is a contract attorney with the Ohio Domestic Violence Network, where she represents victims of domestic violence in various capacities. Tibbs Law Office is the only firm in the Cincinnati (Ohio) area that is certified by WBENC as a woman owned business.

Daryle received her undergraduate education from Miami University. She graduated in 2006 with a Bachelor of Arts degree in Political Science and a minor in History. During her time at Miami, Daryle studied on the Luxembourg campus for one semester.

Daryle received a Master of Science degree in Law and Criminal Justice from Xavier University in 2007.

"It was important to me to open my firm in Cincinnati, where I was born and raised. I strongly believe in giving back to the community and, in my opinion, there is no community that is more deserving or more in need of our firm's support than Cincinnati."