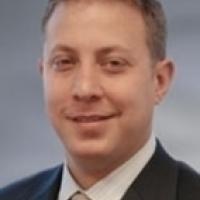 Jason authoritatively advocates for sophisticated professionals and their spouses who want fair and equitable results. Jason utilizes creativity and compassion to resolve complicated divorce and custody disputes and is prepared to effectively represent his client’s best interests in court when prudent. Jason strenuously believes in putting the children first in every divorce situation.

Jason began his career at Schiller DuCanto & Fleck LLP in 2001 as a law clerk and has practiced as an attorney since 2003. Jason was on the Board of Directors of the Collaborative Law Institute of Illinois (“CLII”) for many years and he continues to play an active role on the CLII Community Outreach Committee.

Jason is currently a director on the Chicago Kent Alumni Board of Directors. Jason is also a founding co-chair of the Chicago Kent Young Alumni Council which is accountable for providing continuing education to alumni and furthering alumni relationships.

Jason graduated from the 2010 American Bar Association Trial Advocacy Institute where he enhanced his skills and competence as a trial lawyer. In 2011, Jason completed the two-day Harvard Law School Negotiation Program to improve his dispute resolution skills.

Jason has and continues to lecture at Chicago Kent College of Law, Loyola Law School, DePaul Law School, the Illinois CPA Society and the Chicago Bar Association and other legal agencies on a number of family law issues including Collaborative Law, trial techniques as they relate to business valuation experts, marriage and divorce planning, guardianship divorce actions on behalf of wards, prenuptial agreements, domestic violence and child custody disputes.

Jason is an active member of the committee responsible for creating the Chicago Bar Foundation's Legal Aid Academy which provides continuing legal education to public interest attorneys at no cost. Jason was also awarded by the Legal Assistance Resource Center for his substantial pro bono efforts and achievements.

Jason graduated from the Indiana University School of Business in 2000 with a B.S. in Marketing and minors in Economics and International Business. As part of his B.S. program, Jason studied economics abroad at Erasmus University in Maastricht, Netherlands.