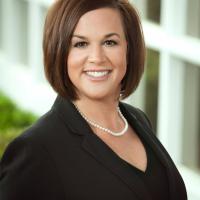 Jennifer R. Piper practices in all areas of family law. She received her law degree from Saint Louis University School of Law and graduated from University of Missouri-Columbia with a B.A. in political science.

Ms. Piper served as a member of the 2010 and 2011 inaugural class of Barristers in The Theodore McMillian American Inn of Court. As a member and Past President of The St. Louis County Bar Association, Ms. Piper is still actively involved in the organization and helps organize Continuing Legal Education Seminars and events. Ms. Piper was appointed and served on a special committee of the Missouri Bar Association dealing with issues involving juvenile cases and immigration. Ms. Piper was appointed by St. Louis County Circuit Court Judge Burton to serve on a special committee to improve the Family Court of St. Louis County that developed and implemented new local rules and procedures. Ms. Piper served on the Board of Directors for Caring for Kids, an organization developed and designed to provide essential resources to meet the urgent needs of children in foster care in St. Louis County.