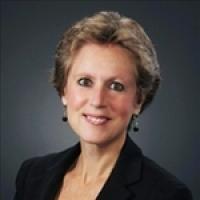 The dissolution of a marriage is one of the most difficult events in a person's life. The legal process of divorce ideally should not contribute to conflict between partners, but instead should enable partners to restructure their families with dignity, respect and integrity. The Collaborative Practice model was borne out of this perspective. I was trained in the model in 2000, have had the privilege of representing many clients in this process and assisting them with a healthier restructuring of their families, and have served in a variety of leadership positions in the Collaborative movement.

Area(s) of Practice: Collaborative Law, Family Law, Mediation
License(s): Licensed to practice law in the state courts of Minnesota and in the Minnesot federal district court.

Individuals deserve a more humane way to resolve family law matters and at a societal level much greater attention to the well-being of families going through a family restructuring is needed. The Collaborative movement is serving an increasingly important role in establishing a norm for conflict resolution particularly for families.