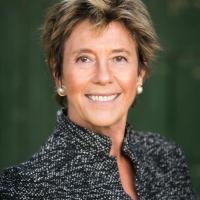 I have been committed to providing interdisciplinary collaborative divorce services to family law clients since the early 1990's and have been instrumental in bringing awareness of this model to lawyers, mental health and financial professionals through trainings and workshops I have offered across the U.S., Canada, England, Scotland, Northern Ireland, Ireland, Switzerland, Australia, Israel, South Africa, Brazil, and elsewhere since 1999. My practice has been limited to collaborative divorce and related services (second opinions, consultations) since 1999. In 2001, the American Bar Association published my book on collaborative law, the first in the field, and in 2002 conferred on me and Stu Webb the first 'Lawyer as Problem Solver' award for our work in developing and promoting awareness of collaborative family law. I helped found IACP, and served as founding co-chair and then first President. As chair of the Standards Project Committee I guided work that led to IACP's adoption in 2004 of comprehensive standards for practitioners, trainers, and trainings. I am certified as a family law specialist by the State Bar of California Board of Legal Specialization, and am a fellow of the American Academy of Matrimonial Lawyers. Being able to provide superior collaborative divorce services for my clients, and helping colleagues learn to practice more effectively in this remarkable mode, give me enormous professional satisfaction.

I was instrumental in launching the first collaborative practice group in the San Francisco Bay Area (the third or fourth practice group in the world) in the early 1990's. By the late 1990's I was among a small number of 'first wave' trainers who began teaching collaborative practice in introductory trainings in the U.S. and Canada. Since then, I have given well over 100 trainings and workshops for practice groups, bar associations, and informal legal organizations, as well as many additional programs and keynote addresses I have presented at IACP, AFCC, and other organizational conferences and conventions. The trainings and workshops I have presented are far too numerous to list on this page, but you can find a comprehensive summary of my trainings and workshops on my CV, which you'll find here: https://www.dropbox.com/s/8omnn7udnk1u37p/Curriculum%20Vitae%20June%2020... ; and you can find descriptions of the more than fifteen different workshops and trainings I currently offer, here: https://www.dropbox.com/s/ij8a5wxo11s3hgc/TRAININGS%20AND%20WORKSHOPS%20... The most gratifying work I have ever done is to introduce collaborative practice to new nations and states. My speeches, writings, trainings, workshops and introductory orientations have been instrumental in bringing collaborative practice to lawyers, mental health professionals and financial professionals across the U.S., Canada, England, Scotland, Northern Ireland, Ireland, France, Switzerland, Australia, New Zealand, Israel, South Africa, and Brazil. It is a particular privilege and a great responsibility to be the first collaborative trainer to teach in a new nation or state because the first training has enormous impact on how collaborative practice will unfold there. A powerful and passionate trainer who communicates not just techniques, but also the unique purpose and meaning of our work, can inspire participants to become leaders in their own right. I take great pride in having introduced this work to many of the second and third generation trainers who are now offering collaborative training programs themselves, as well as having trained many of the IACP Presidents who have followed me in holding that position, and many of the pioneering individuals who stepped forward as first leaders in the collaborative communities that now flourish in 28 nations. In the late 1990's, I co-founded IACP, and served as its founding co-chair and then as its first President. As chair of the first IACP Standards Committee I guided work that led to IACP's adoption in 2004 of the first comprehensive standards for practitioners, trainers, and trainings. These standards have been widely adopted by practice groups worldwide. Subsequently, I served for two years (2007 and 2008) as Chair of IACP's Ethics Task Force a group whose work helped to articulate the ethical soundness of the collaborative approach in the face of challenges that arose briefly in the United States during 2007. My practice with clients has been limited since 1999 to collaborative law and related services (second opinions, consultations). I am certified as a family law specialist by the State Bar of California Board of Legal Specialization, and am a fellow of the American Academy of Matrimonial Lawyers. In 2001, the American Bar Association published my book on collaborative law, the first in the field, which is now in a substantially revised and expanded third edition, published in 2016. In 2006, HarperCollins published a book for general readers, entitled Collaborative Divorce, that I co-authored with psychologist Peggy Thompson, introducing the collaborative divorce team approach and explaining its many advantages for divorcing couples and their children. [The latter is available in a Portuguese translation and a Portuguese translation of the former should be in print by 2021.] In addition, I have authored numerous law journal and magazine articles and book chapters about collaborative practice, including one (co-authored with Astrid Boos) which was the first to be published in German about collaborative practice, and one (co-authored with Michal Kaempfer) which was the first to be published in Hebrew in Israel. I have been honored for my work in extending collaborative practice by the American Bar Association, which in 2002 conferred on me and Stu Webb the first 'Lawyer as Problem Solver' award for our work in developing and promoting awareness of collaborative family law. In 2006 I was among the first to receive the 'Eureka' award, which recognizes and honors those who 'have made significant contributions and demonstrated an abiding dedication to establishing and sustaining Collaborative Practice in California'.
Training Offered

I offer trainings in basic, intermediate, and advanced collaborative practice, in two-day and three-day formats, for lawyers and (with trainers from other disciplines) for interdisciplinary teams. I also offer practice group development workshops in one and two-day formats, as well as advanced seminars focused on a variety of specific challenges in collaborative practice. Recently, I have been offering workshops in 'Neuro-Resolution,' applying insights from the evolutionary neurosciences to collaborative conflict resolution. In addition, I offer mentoring and case conferencing services online and via telephone and video conferencing, as well as guest presentations in law school courses relating to appropriate (aka alternate) dispute resolution, and legal ethics.
A complete description of the more than 15 different workshops and trainings I offer can be found here: https://www.dropbox.com/s/ij8a5wxo11s3hgc/TRAININGS%20AND%20WORKSHOPS%20...

I have conducted all of the foregoing trainings more times than I have kept any records about, since 1999, on my own and co-training with a variety of colleagues including Peggy Thompson, Nancy Ross, Stu Webb, Maria Alba-Fisch, George Richardson, Mark Hill, Chip Rose, Yuval Berger, David Fink, LIsa Schneider, and many others.

I have conducted well over 100 collaborative practice trainings (basic to advanced), plus many seminars, workshops, and other smaller events each year. Trainings and seminars above the introductory level are customized to meet the specific needs of the community sponsoring the event.

I have had the great privilege of introducing collaborative law and collaborative divorce practice as a new model, providing first trainings and workshops in many U.S. states and communities (including Hawaii, Texas, Massachusetts, Colorado, Wisconsin, Louisiana, Florida,) as well as in Vancouver, B.C.; Niagara Falls, Canada; London and Manchester, England; Edinburgh and Glasgow, Scotland; Belfast, Northern Ireland; Dublin, Cork, and Galway, Ireland; Paris, France; Berne, Switzerland; Sydney and Brisbane, Australia; Aukland, New Zealand; and Tel Aviv and Haifa, Israel; Johannesburg and Cape Town, South Africa, and Rio de Janeiro, Brazil. In Manhattan, I was asked by the Chief Justice of the New York Supreme Court to design and present a two-phase program of interdisciplinary team training for professionals who would provide services in her landmark publicly funded collaborative law center. In Ireland, my trainings were conducted largely under the auspices of the Legal Aid Board of Ireland. The trainings I conducted in Israel, with Yuval Berger, were under the sponsorship of the United States Embassy, the Israeli Bar Association, and the Israel Ministry of Justice.

The full list of trainings and workshops I have conducted since the late 1990’s numbers well over a hundred.
Representative recent U.S. collaborative trainings include these:

I have conducted these collaborative trainings and workshops outside North America:

The following are representative references for U.S. Trainings and for events conducted outside North America; see bottom for key to annotation symbols: