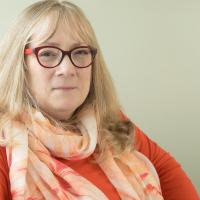 ANNE LUCAS spent 15 years in corporate management before earning her MA in Systems Counseling and entering private practice as a marriage and family therapist. Her work with couples in all stages of relationship as well as her organizational skills made Collaborative Law a perfect match. Over the years Anne's practice has grown to include mediation, parent coaching, therapy, teaching and training. She is the Director and owner of The Evergreen Clinic in Kirkland which consists of an independent group of therapists, psychologists and prescribers all practicing under one roof who provide mental health services to the Eastside. She has a therapy practice where she specializes in couple relationships – premarital, marital, divorce, remarriage and partnership. She works as a Divorce Coach in Collaborative Practice assisting couples in creating healthy divorce options and post-divorce relationships, a parent coach for post-divorce families and as a mediator helping resolve disputes with creative solutions. Anne is a co-founder of the Seattle Collaborative Law Training Group training attorneys, mental health and financial professionals in Collaborative Law locally and across the country. She is the past president of King County Collaborative Law and Collaborative Professionals of Washington. She is currently the current IACP president.