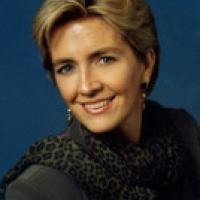 Marian P. McCulloch is Board Certified in Marital & Family Law and confines her practice exclusively to family law matters including divorce litigation and negotiation, mediation, Collaborative Divorce, child custody and timesharing/visitation, and paternity actions. She was certified by the Florida Supreme Court as a family mediator. She is a graduate of the University of South Florida (B.A. 1976) and of Stetson University College of Law (J.D. 1979), where she served as a member of the Stetson Law Review and as Editor of the Stetson Prelude (1978-79). She is a partner with the AV rated law firm of Allen Dell, P.A. in Tampa. Past President of the Hillsborough County Bar Association, she was the recipient of the Red McEwen Award in 1999 and again in 2002. She served as Editor-in-Chief of the Lawyer Magazine (1999-2003 and 2004-2007). Past-Chair (2000-2001) of the Marital & Family Law Section of the Hillsborough County Bar Association and also served as President of the Hillsborough Association for Women Lawyers (1992-93). Founding Master of the Family Law Inn of Tampa, American Inns of Court, and served as Secretary of the Executive Council, 1995-2000. In 2011 she was awarded the Theodore Millison Professionalism Award, an award given once a year to an attorney in the Inn exhibiting exceptional professionalism in the practice of family law. She served as Co-Chair of the Tampa Bay Collaborative Divorce Group and is a member of the International Academy of Collaborative Professionals. Named as a Florida Trend's Florida Legal Elite in the area of Marital & Family Law in 2004, 2005, and 2006 and as a Super Lawyer in Florida Super Lawyers since 2006. She is named one of the Top 50 Women in Florida in 2010 and again in 2011. Marian has been selected by her peers for inclusion in The Best Lawyers in America in the specialty of Family Law since 2008. She has served on the Florida Bar's Marital & Family Law Certification Committee. Ms. McCulloch has appeared as a speaker or moderator at numerous legal education courses including the 2009 Florida Bar's Family Law Review Course and served as a workshop leader at The Florida Bar Matrimonial Trial Advocacy Seminars (1998, 2000, 2003 2005 and 2007). She is dedicated to a civilized, respectful, and fair resolution of all issues.

Board Certified in Marital & Family Law

I am dedicated to a private, civilized, respectful, and fair resolution of all disputes