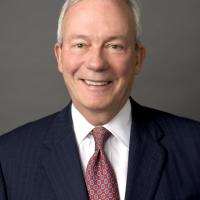 Greg concentrates his practice in all facets of domestic relations and family law, including premarital agreements, divorce, dissolution, alimony and support, and child custody. He is committed to finding highly personallized, creative solutions to his client's needs, using the most efficient and cost-effective means. Depending on your individual circumstances, these can range from collaboration and mediation to negotiation and litigation. His peers have honored him with a number of distinctions, including being granted Fellowship in the American Academy of Matrimonial Lawyers, inclusion in The Best Lawyers in America, Ohio SuperLawyer, Cincy Leading Lawyers, and the highest ranking from Martindale Hubbell. His firm is included in US News & World Report's list of the Best Law Firms in the country.