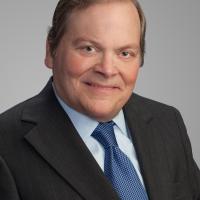 The primary focus of my calling to practice family law is to bring to bear what is needed to truly serve those caught in the emotional underbrush of divorce. Having litigated for over 30 years, I have learned the shortcomings of the adversarial process. With the advent of the collaborative process, I can now better serve divorcing parties to divorce as friends, to share children instead of dividing them, to conserve more of their financial resources, and to more quickly heal the brokenness caused by divorce.

Area(s) of Practice: Civil Law,Collaborative Law,Estate Law,Family Law,Mediation,Probate Law
License(s): Certified by the Texas Board of Legal Specialization in Family Law, 1982, and Civil Trial Law, 1983 ~U.S. Court of Appeals for Fifth Circuit, 1975 ~U.S. Court of Appeals for Eleventh Circuit, 1981 ~The Supreme Court of the United States of America, 1982 ~U.S. District Court for the Southern District of Texas ~U.S. District Court for the Western District of Texas

Received a B.A. in Political Science from the University of Houston, 1971.

Received a Doctor of Jurisprudence from the University of Texas School of Law, 1974.