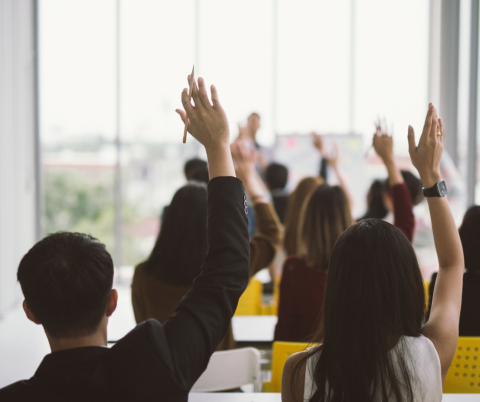 In Brazil, every year in February, hundreds of people gather in the City of Lamentations, Capital of the State of Eternal Causes, to attend the Fantastic Disputes Convention. We interviewed the organizers to know a little more about the Convention, and we got some revealing information.

The participation criteria are very strict. Only people involved in lawsuits whose subjeto¹  involves sorrow, sadness, lack of communication, lack of recognition, and other affective needs are admitted. It is also crucial that their actions drag on for an intensely bitter time, and that the lawsuits are capable of causing severe insomnia & significant financial impacts.

The striking feature of a Fantastic Litigation is the fact that the outcome sought by those involved is known to be impossible. A subjeto never settles. Even so, this social phenomenon is steadily rising.

The organizers explain that the idea of ​​the event is to exchange experiences between participants or “litigants,” as many prefer to be called. "There is no point in finding solutions," said Mr. M, leader of the event, "even though it is the task of a third party, responsible for deciding the Fantastic Litigation."

“What we want is for people to know each other, tell their cases, problems, and so they can mourn together,” he says. He adds, “When we come across other people facing similar problems, we tend to find courage and comfort. This gives the necessary energy to continue on in such an arduous journey as is the litigation.”

At the convention, there are also specific workshops. The most sought-after involve family matters. This year, the workshop “How will we transform the negative aspects of the breakup of your relationship into litigation for your children?” already has many people signed up.

Its organizer, Mr. X, has an impressive repertoire. He is the author of three lawsuits against his daughters, has an eviction action against his ex-wife, and is a defendant in three other enforcement actions brought by the same daughters. It has been almost 5 years of lawsuits and two bank loans to cover legal costs and fees for legal service providers. It has been also almost 5 years without any dialogue with his daughters. Mr. X already has granddaughters whom he hasn’t met.

One lady (who declined to reveal her name) told us that one of Mr. X's daughters also frequents the Fantastic Disputes Convention and is the master leader of the “We are Children, They Divorce: Who Will Pay My Psychoanalyst's Bill?” Both pretend that they do not know each other.

At the end of our interview, we asked the organizers about the feasibility of a space at the Fantastic Disputes Convention for experts on methods suitable for conflict resolution. We spoke of collaborative professionals and mediators. We discussed efficient and responsible alternatives to conflict resolution, outside the judiciary. We spoke of amicability, confidentiality, cost-savings, re-establishment of communication among those involved in the conflict, and even emotional support by psychologists.

To our surprise, we noticed a complete ignorance of the subject. Our suggestion even caused anxiety and distress in the organizers. Moreover, so that we would not insist on the idea, the leader, Mr. M, shouted, “But you don’t understand anything about what happens here. A Fantastic Litigation takes years of cultivation to become the reason & strength of living. With alternative dispute resolution, what would be left for the litigants to do?”

¹ A subjeto is the non-visible part of an object. Think of an iceberg. Only 10% stays visible on the surface and the remaining 90% of its volume is submerged in water. A subjeto never wants to show itself. These are the unknown needs that are always expected and never met.