A Call to Action: What Will You Do? Encouraging Diversity and Inclusion in Collaborative Practice 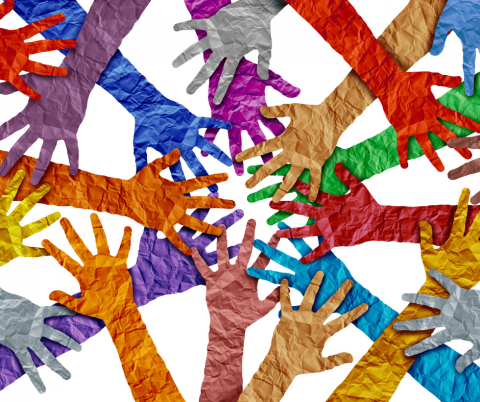 With all of the highly charged commentary about racial inequality and injustice in the news today, I recall a number of years ago being at breakfast at an IACP forum, looking around the room, and feeling a sense of curiosity and embarrassment, wondering “why are there so few people of color at the conference?”

I reflected upon my Colleagues throughout the state of Florida, and specifically in my very own practice group, and recognized that the percentage of people of color who are participating and practicing in this Collaborative arena is minimal.  I suppose my thoughts were triggered by the speaker that morning, David Hoffman, who was going to be giving a plenary on Implicit Bias and Collaborative Practice. I left that talk knowing something had to change…I raised the issue to my colleagues at the breakfast table, and here I still sit…

Subsequently, I am pleased to see that the IACP has made significant efforts toward inclusion of people of diverse populations (i.e., we have a diverse Board, an Access and Inclusion Committee, and multiple speakers at our Forums on this topic) in an effort to raise awareness in the minds of our members of what we might be bringing to the Collaborative table to contribute to this phenomenon.

That said, the inequity of diversity in our membership numbers remains the same, and it appears that the dominant race of professionals and clients alike participating in the Collaborative movement are white. Getting to know so many of my Collaborative colleagues so well, I want to believe the exclusion of people of color is not intentional. My hope is that as we continue this conversation, inclusion will become more intentional.

I remember being in graduate school and studying diversity. When asked about my implicit biases, I also recall being adamant and proclaiming that “I do not see color!” I learned that semester how important it is to see color and to be aware of the differences; to really understand the gravity of struggle. What an awakening that was!

I had been raised in a household where my mother was openly prejudiced (I came to learn that was how she was raised), it was sort of like living in the movie “The Help”, where it was fine to have caretakers who were Black, but not ok to be emotionally bonded to them), and with my father who was racially open and inclusive (he was a jazz musician) and from early on in his life, his friends and fellow musicians were Black. I was well aware of the polarization in my household during my young years, as well as during my experiences in early childhood when the first Black student came into my classroom in the fifth grade, or when I was attacked by a group of Black girls in middle school because our brothers were at odds, or when a Black family moved into my neighborhood. I recollect being outraged because the kids on the block covered their home in toilet paper.

I attended high school in the early 70’s in Queens, New York, where there were SWAT teams on the roof of the building because there were race riots going on. Fast forward to my now 30-year-old daughter, who decades later had one child from one Black family follow her through her private elementary, middle, and high school. This continued to perplex me. I always believed that beyond my own efforts toward being accepting, welcoming, and conscious, there “was not much I could do.”

Each time there is a story, an event, or an issue regarding racial injustice, I come to (somewhat shamefully) recognize, I have not done much to encourage change. As I write this, what comes to mind is a theory that I utilize with my clients, spoken by motivational speaker Anthony (Tony) Robbins. Tony suggests, “When the idea of staying the way you are is greater than the fear, hesitancy, or ambivalence of change, you change…”

Each time I have a rise in consciousness, I have an urgency to facilitate change, and yet, here I sit…Tony also says, “if you want to create change, you must take action toward making the change happen, you must make a commitment, you must have a plan, you must do something differently.”

Given the current climate, once again my awareness has been lifted, and writing this blog is a start. As a clinician, my philosophy of change includes the necessity for people to become mindful of how they are moving through the world, of what is working, and what needs to be different in order to feel better about their lives and circumstances. This is what I am trying to promote by writing this blog.

Subsequent to a conversation with my colleagues on the IACP Access committee, I began thinking about barriers to access within the Collaborative community.  Some professionals of color may not be eager to join a community that seems mostly white, or may not perceive Collaborative to be relevant to them, and possibly not something they would be willing to spend money on, regardless of economic status.

However, disparate distribution of income and familial wealth also disproportionately affects communities of color, and may be a barrier to some. I went back to the Florida Statewide Collaborative organization (FACP) and announced that some Collaborative trainers were offering scholarships to trainings; the Board overwhelmingly agreed to offer scholarships to our conference to graduate students of diverse populations, and we now have a committee. I also reached out to the faculty at the university where I teach, where diversity is a primary focus, to inquire about how I could increase participation of people of all racial and cultural backgrounds in our Collaborative movement.

In a further interaction with Anne Tamar-Mattis, I recognized that what I did not write about in my blog was the discomfort that I felt (during the time of the recent protests) when I would specifically stop to tell a Black or brown person who I crossed paths with that I appreciated them and that they did, in fact, matter. I felt equally awkward when I reached out to the one Black FACP Board member who is now co-chairing the Access Committee and shared ideas about potential Diversity Scholarships to our upcoming conference, and again, when I contacted the faculty at the university and offered to "help."

Perhaps my being a white person would lead to the questioning or mistrust of my intentions? That idea causes discomfort in me as well. I recognize that it is possible that my uneasiness might also be exacerbated by the notion that not only might my intentions be misunderstood, but also that no matter how well-intentioned, I had somehow caused further harm – the awareness that good intentions do not always equate to good outcomes. With that understanding, I continue to ponder what I can do to face that discomfort, be curious, and learn by writing this blog and continuing this conversation. It is my hope that through this process, I will also raise consciousness in others to join me in this dialogue and call to action.

Although this piece reflects my personal experience and its focus is on Black and brown people of color, I do also encourage that this “call to action” must extend to all marginalized populations. These small steps are each in and of themselves, small changes, however, as is the case in most aspects of change, there can be a ripple effect.

No longer will I say, here I sit.

It is time for us all to say here we stand, and as Tony says, I am now acting…What will you do?