Marriage Story: Another War Movie Where the Generals Got it Wrong 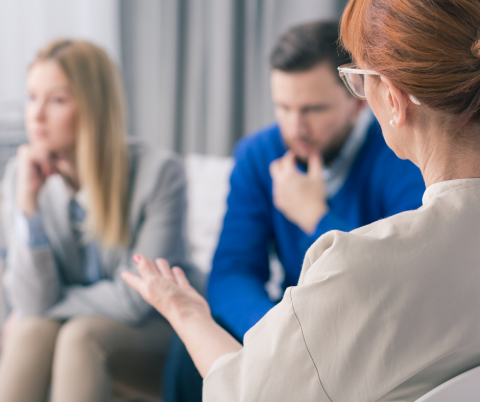 “But that’s not what we wanted!”

This line, from the movie Marriage Story, sums up the realization of Nicole, a newly divorced woman, that “winning” a bitter family court battle has exacted a toll and come at a very high price.  It also identifies the reason I and many of my colleagues are so bothered by this popular, critically acclaimed, well-acted film that is generating a lot of Oscar buzz.   http://www.marriage story.com

Major spoiler alert:  Marriage Story depicts the devolution of Nicole and Charlie, two charismatic, talented, but humanly flawed theater artists, each with a secure and loving bond with their young son Henry.  When their marriage begins to flounder, and they face the potential reality of a divorce, their hope is to stay on friendly terms, not get lawyers involved and divide everything equally.

Then the chance to be in a TV series takes Nicole temporarily back to LA, where she grew up while Charlie stays in NYC with his theater company, newly headed for Broadway.  Nicole wants to stay in LA and is convinced by her producer to hire a high-powered attorney who made sure the producer got everything she asked for in her divorce.  Charlie is blindsided by being served divorce papers while visiting in LA.  As the story unfolds, both parents find themselves on a runaway train of the adversarial divorce process.

They are pushed further and further into confusion, hurt, anger, resentment, and fear by the system and lawyers they hired to “protect” them.  They are told what to think, what to do, and how to prepare their stories to defeat their spouse in court.  A seasoned lawyer who listens to Charlie and puts a human face on the emotional side of divorce is countered by the smooth, aggressive tactics of Nicole’s attorney.  He is dropped in favor of a $950/hour shark with a scorched-earth reputation.

At each turn, these parents are coached to win by trying to make their spouse lose.  At stake is each parent’s relationship with their beloved son, who is increasingly caught in the middle, including during an excruciating scene with a custody evaluator at Charlie’s rented home.  Then, after all this devastation, comes a Hollywood ending where things get wrapped up in a way clearly intended to project hopefulness, healing, and humanity.  Which can only be possible because of the people Charlie and Nicole were before, and in spite of what happened during a divorce process that cost hundreds of thousands of dollars, encouraged parents to trash each other, and almost certainly left a big scar in Henry’s heart.  All this for an outcome that was arguably inevitable.

So now we have the new Kramer vs. Kramer, the American divorce train wreck story of the 21st century, based on an amalgam of real stories.  Writer/director Noah Baumbach describes Marriage Story as personal but not autobiographical.  But divorce does not have to be this way, and mostly, it isn’t.  Many divorcing couples opt to do the process themselves.  Many others choose to work with neutral mediators, hire divorce professionals to help with specific tasks, or find attorneys who agree to cooperate to reach an equitable settlement.  Many work with a multidisciplinary team using the respectful, child-centered, out-of-court problem-solving approach called Collaborative Practice.

Charlie and Nicole quit mediation when emotions surged;  they apparently were not told to expect that understanding and managing difficult feelings would be part of the process.  Charlie’s original attorney wants to resolve matters out of court to help these parents prepare for co-parenting, but this can’t work unless both attorneys agree to a cooperative approach.  Collaborative Practice is not even mentioned as an option because this is a story about going to war.

The default to a “going to war with you” mentality rather than a “let’s figure this out” approach lies just below the surface when humans are vulnerable/hurt/betrayed/scared——all the emotional states that describe the crisis of a divorce.  When the emotional pot is stirred in a win-lose process, everything changes and reality distorts to make ends justify the means.  Parents transform into custodians and go under the microscope, children become bargaining chips, kids’ lives are reduced to a matter of percentages, and the crisis of divorce becomes a trauma. We watch it happen in Marriage Story.  And for the sake of children and their parents, it really, really doesn’t have to be that way.