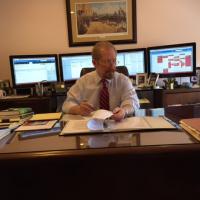 After rating by his peers, Mr. Murphy was awarded Martindale-Hubbell’s rating of “A/V” which is its highest rating for professional competence and integrity.

Michael Kevin Murphy is a former U.S. Army officer who served with distinction, having been awarded the Combat Infantryman's Badge, Parachutist Wings, Ranger Badge, Bronze Star Medal, eight Air Medals; and his military units received the Valorous Unit Award and Gallantry Cross. For over 30 years he has served the divorce and family law needs of our nation's military, former military, and government professionals and their spouses with his unique military and family law background. From his main office in Fairfax, VA, Mr. Murphy is available to serve as an expert witness, associate with other attorneys throughout the United States, and is available to consult with other attorneys who would rely upon his experience in dealing with these special family law needs.