Are You Guessing at Which Videos to Make? 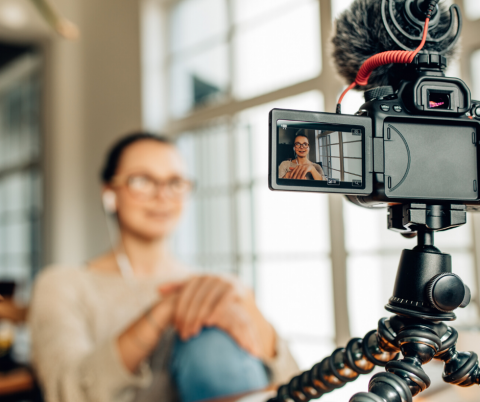 You Probably Know That You Need To Be Making Videos To Compete Online, But Do You Know Exactly Which Videos? And How To Optimize Them To Get You Leads And Traffic? This is Part 1 in the Getting Your Videos Seen series.

KNOWING WHICH VIDEOS TO MAKE

Many companies just guess as to which videos they should be creating, without really researching the marketplace to find out exactly which videos are needed, and which will actually be responded to by their potential clients.

Many don't know that there are very precise systems to find out with absolute precision exactly what videos their target clients need and want, and exactly which wording will resonate with them. More on this below.

USING VIDEOS TO GET YOU LEADS AND TRAFFIC

Many businesses are starting to realize that SEO (Search Engine Optimization) simply doesn't work like it used to unless you're willing to be in it for the very long, and often expensive, haul.

"Text-based content is saturated. It takes forever to rank on Google. If you aren't willing to give it a year, you shouldn't spend much time doing traditional SEO." Neil Patel

So what about Facebook ad campaigns? We've found that the entry price for small businesses is typically high ($1500/mo and up for campaign management), even before adding in the monthly ad costs. $5-$10 a day ad spend doesn't sound like much, but when you add in the need to spend extra money doing very-needed campaign split-testing, and then re-targeting campaigns, it can all add up over time.

"What if I told you there was another form of SEO in which you can see results very, very fast? So fast, that within 30 days (or even a few days!) you can rank at the top. And, better yet, those rankings mean you will get traffic… Can you guess what search engine this is? YouTube!" Neil Patel

"YouTube isn't nearly as competitive as Google…Focus your efforts on less-saturated forms of content like video and audio while optimizing for less common search engines like YouTube and iTunes...If you don't have a big marketing budget no worries. These channels aren't as expensive or competitive yet."

BUT HOW DO YOU USE YOUTUBE TO GET YOU LEADS AND TRAFFIC?

I won't lie, there's a lot to know to do this successfully, but it's both very do-able and far less expensive than SEO or Facebook ads.

It's the area where old-style digging and research using a number of dedicated software tools pays dividends for finding exactly what people using YouTube are searching for. And not just the high-number searches, which is the mistake that most make, but the ones with low enough competition to be able to compete for, and especially finding out how well optimized that competition is or isn't.

Then using that research to create the videos that have the correct titles and other info, and that are correctly structured and optimized, and released in the best sequence and at the best times to give YouTube the signals they look for when deciding how to rank new videos. The good news is the even existing videos can be optimized and relaunched.

It's much better to show up for things that people are actually searching for, rather than showing up as Number One for terms that nobody is searching for.

It's an exciting time for those of us in video creation and optimization!

Tony will be the featured presenter in the May 28th "Get Your YouTube Videos Seen" webinar.

Tony Rockliff has been a media producer for decades, shooting and editing videos and recording music and voice, and he has his own green screen studio and two recording studios. Tony has been giving seminars since 1980 and specializing in seminars on Internet Marketing since 1995. Tony also specializes in optimizing YouTube channels and videos so that they can get seen by many more people to increase traffic to their sites and email lists.