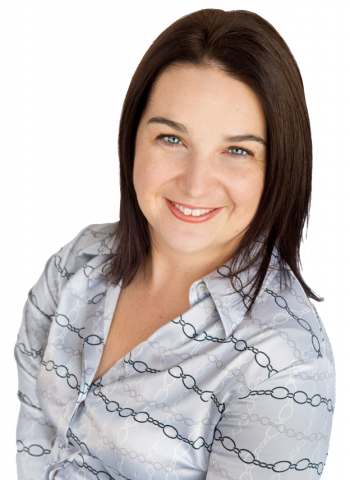 Recently, I was invited to a client lunch with a financial adviser trained in Collaborative Practice, with whom I work,  and to whom I've referred several clients for assistance in both Collaborative matters and mediations.   To my surprise and delight, I was seated at the table next to a former client (*Mary).  To say that I did not recognise her would be an understatement.  She literally looked like a new woman, and not because she had aged during the approximately eight years since I worked with her.   If anything, she looked younger, but I can certainly say that she looked genuinely happy.   Her financial adviser had kept me updated from time to time on how she was doing, but seeing her for myself was something else.

To explain the significance of Mary’s presentation, let me take you back to the beginning.

In about 2011, Mary and her husband *John separated.   John had been a senior government official and they had children, one now an adult and the other in her late teens having recently commenced University studies.

Our state had recently experienced a change in government and the new Premier of the state had made huge cuts to government jobs.  John had been tasked with the responsibility of letting go of huge numbers of staff from his team, which was incredibly stressful for him and took a toll.  He received support from a co-worker, *Joanne, which then led to an affair.

When John made the decision to come clean to Mary and the marriage came to an end, she was devastated.  She came to me with a lot of anger and fear and was experiencing extreme grief.

John's relationship with the children was soured, to put it mildly.  They weren't speaking to their dad and were very much siding with mum who was the one that needed the emotional support from them.

Mary and John decided to use the Collaborative Law Process to work out a financial agreement that would take care of both of them moving forward.  John was continuing on with his well-paid Government position and Mary, who had dedicated her life to being John's wife, had a low paid casual position.  She was unable to support herself from that position and being in her late 50s, had little prospects of obtaining a position that would enable her to adequately support herself.

The first thing we did, was bring in a communication and family professional who was able to work with Mary and John to deal with some of the emotional issues surrounding their divorce.  Whilst their children were over the age of 18, (so they didn't require a parenting plan to be developed), there were enormous emotional issues that Mary needed to work through in order for her to be able to reach an agreement.  In any other process, Mary would have brought anger and grief and would not have been able to make rational decisions.

During the Collaborative Process, working with the communication and family professional enabled Mary, with the assistance of her own therapist, to work through her grief around the end of the marriage.

Due to Mary’s much lower earning capacity and inability to support herself, it was critical that we involved a neutral financial specialist to assist her.   Mary and John were both approaching their retirement years and to that point, their financial plan had revolved around retiring on John's significant retirement benefits he would receive as a Government official.   Mary felt like her safety net had been pulled away.

One of the questions that Mary was asked during meetings with the neutral financial specialist and myself, her Collaborative lawyer, was around her values about money.   I can vividly recall Mary talking about this and saying, “I'm worried that I'm going to be a little old lady with all my worldly goods in a little brown suitcase which I have to carry around with me.”   Mary was terrified that everything that she had thought they were working towards together was going to be gone and that she would be left homeless and destitute.  She had imagined a life of travel with John, enjoying grandchildren and a comfortable retirement where all of John's hard work for the Government and her supporting him and raising their daughters would finally pay off.  The picture that she had in her head of what was now going to happen was so totally different from this.  Mary was not sophisticated when it came to money and she had always let John handle the family finances.   It was difficult for her to even conceptualise how she could possibly survive financially.

An important part of the work that the neutral financial specialist did with Mary was to look at various options for resolution and undertake some cash flow projections.  This was not a matter with a complex family property pool.   They essentially had their family home and John would receive generous retirement benefits from his employment.  Whilst those benefits could be divided with a portion going into Mary's account, there was some concern about whether that would ultimately mean that less money would be received by way of retirement benefits overall by John's account being changed.  In other words, would the total amount received from the Government be less overall by being divided rather than being kept as one account?

The neutral financial specialist worked through those issues to ensure that the pool of available money was maximised.  This was not a young couple who could suddenly increase their wealth.   Heading to retirement, a cautious approach needed to be taken and somehow ensure that both Mary and John would be financially secure in their retirement.

I recall another discussion with Mary where she was asked to work out a budget of what she would need to live on now, and what she would need in retirement.   This proved a very challenging task for Mary as it was not something that she had ever had to consider.   It began to increase her fears around money and the “lady carrying the suitcase” came out again.  To overcome this, we worked with a Collaboratively trained financial planner who was able to use some benchmarks of income and lifestyle so that there was something that we could work with without Mary having to project too far into the future and all the unknowns.   During the Collaborative Process, the company that Mary was working for downsized and she found herself unemployed.  This only increased her fears.

The work that we had done with Mary around her fears about money had, to this point, been done in offline meetings with her Collaborative lawyer and the neutral financial specialist.   John really did not have an appreciation at that point of just how much fear Mary had.  He was perceiving her negativity towards him in joint meetings as being emotion around the affair.  I recall vividly a joint meeting during which Mary and John had an exchange and Mary was assisted and supported to discuss her fears around money.  The result is something that has stuck with me ever since.  John had a realisation that was visible to all the professionals in the room and said sincerely to Mary “I will always make sure that you are okay.  You are the mother of our children and I will never let that happen to you.  This agreement that we are working out is one thing but if you find yourself in trouble then I will always make sure that you are okay.”  This was exactly what Mary needed to hear.  She had always relied upon John and needed to know that, if something happened to her, she could continue to do so.  This was also an important message for her to take home to their children and was instrumental in an improvement in their relationship with their father.

Ultimately, with the assistance of the neutral financial specialist, an agreement was able to be crafted that ensured both John and Mary would be okay financially.

A couple of years later during a meeting with Mary’s financial adviser about another client, she asked me if she could give me an update on how Mary was going.  I was quite astounded at what she told me.  Mary, whose identity had always been as the wife of a government official, had changed her life.  She had, with the encouragement of her adviser, gone on a singles cruise.  Mary had not been able to even contemplate doing such a thing at the beginning of the Collaborative Process.  When she was on that cruise, she connected with a group of women and made new friends who became her travelling partners.

Where is Mary now?

I said at the beginning of this post that I almost did not recognise Mary when I met her.  She was confident and happy.  She was transformed from the Mary that I first met.  I asked her what was happening in her life and she told me she was about to go on her fourth cruise (which she credited to her financial adviser giving her good advice) and is looking forward to the wedding of her youngest daughter and hopefully soon, grandchildren.  We laughed about how she has to get as much travel in as possible before the grandchildren arrive because she won’t want to be far away from them.  Mary, who had been so fearful about finances, sat in a room of a couple of hundred people who were financial advisers and their clients.  The presentation began with 45 minutes of their chief financial adviser running through where the current financial markets are sitting and where they are heading.   She did not bat an eyelid.  She was absolutely comfortable in that room and enjoyed and understood the presentation.

After the lunch, I took some time to reflect on how Mary's life had been transformed as a result of the Collaborative Law Process.

Had Mary chosen a litigation pathway, then the agreement reached in the Collaborative Process simply wouldn't have been possible.   The solution that was crafted is not something that could have been ordered by a judge, due to requirements in our legislation.

If Mary had chosen to use mediation, the mediator would not have been able to delve into her fears or take the time to address them, as we were able to during the Collaborative Process. She also would not have had a neutral financial professional assisting both parties to make sure that they would both be okay and that they both understood all the options available to them.

The Collaborative Divorce Process is a sophisticated one.  It enables us to draw in the necessary professionals to help the parties not only reach agreement, but maximise their property pool and address concerns that are preventing them from being able to move forward and see solutions.  I really don't know if the Mary that I saw the other day would have been possible in any other process.

To learn more about how using a Collaborative Law process during your divorce or separation can result in better outcomes for you and your family, find a Collaborative professional in your area.

*Names have been changed