A Part of Me is Confused: Internal Family Systems and Negotiations 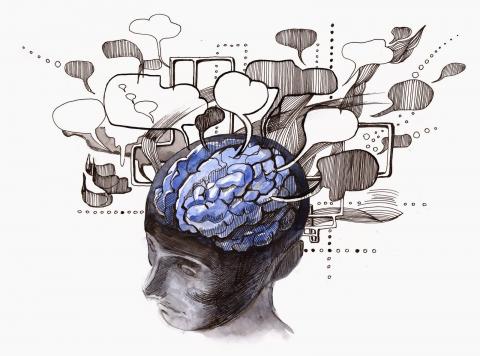 I looked at her with a stunned look on my face when my client said, “Yes” to the offer her husband had proposed. Just moments before, she said, “No way in hell.” What had changed?

She seemed to be emotionally stable when she said, “Yes.” She understood the implications of her decision and did not appear to be intimidated by her husband. She was not exhausted. Frankly, I thought the offer was a good one and she was wise to accept it, but what caused her change of heart? What caused her to move from “no” to “yes” so abruptly?

Have you ever had a client change their mind like this? My clients are often ambivalent.

After the meeting, we debriefed. My client told me that a part of her was still angry at her husband. He had an affair and left her for a younger woman. She was devastated by her husband’s choice and behaviour. She told me that she knew at her core that listening to her angry voice was not wise or helpful. She realized the offer her husband proposed was reasonable and so she accepted it. She stopped letting her angry part take charge. Wow. I was impressed.

Can you imagine being in a settlement meeting when things get heated? The other client accuses your client and you of lying. Your client is furious. Can you imagine that you might become furious too? I would. I don’t like being called a liar. The claim is outrageous and insulting. Everyone is agitated. It is a mess. What to do… so you take a break. You walk outside for some fresh air.

I would go back into the settlement room and say, “A part of me is very angry and insulted by your comment that my client and I are lying. But my better self wants to keep this process on track. So, is it okay if I ask you some questions?”

If I was on my game, I would become curious as to why the other party had made the accusations. I would try to understand their perspective. A part of me would still be angry, but I would hopefully tone it down and try to let my better self be present. I bet you would do even better than me.

In my experience, this approach often works. I usually understand why the other party had called us liars, I get past the accusation, and we are able to settle the case.

Does this scene sound familiar to some of your settlement meetings?

The question is, what is going on in these settlement meetings? What can explain it?

I have recently been introduced to a model by David Hoffman, a Harvard Law School professor, mediator, and collaborative lawyer, that helps make sense of what was going on for me and my client in these imaginary scenarios. The model was developed by Richard Schwartz and is called “Internal Family Systems.”

I am not a therapist, so I will just explain it in my layman simple terms. This model suggests that we all have different parts or sub-personalities within us. Some parts are called “exiles." Those are the parts that are hurt and that we can only discover when we are vulnerable. They are like a deep bruise that just won’t go away and are tender to the touch.

Other parts are called “protectors." They act out to protect our “exiles." They are the angry, aggressive parts of our personality.

When I was angry during the meeting, my “protector” part was saying, “I am not a liar. I am an honest person. Back away!”

Where does my exile part come from? I think my “exile” part – the hurt part around being called a liar - dates back to when I was a little boy, and I told my mom a fib. She admonished me harshly. At that moment, I felt that she did not love me anymore. I never wanted to be called a liar again. I never wanted to experience the pain of rejection. My “exile” around being called a liar was formed during that interaction with my mom. The aggressive part that defends my “exile," my “protector," was also formed back when I was a little boy. My “protector” part did not want to feel that pain again.

When I stepped away from the settlement meeting and settled down, I was able to get back to my true self. My “protector” was still present because it is always a part of me, but I had toned it down so that I could let my true self be curious and calm again. I asked the loud, aggressive angry part of me to be quiet so that my true self could be present.

David explained that we can have parts of us that we may not be aware exist and that are not nice. We may have a bias against others that we did not realize existed within us. When I did the Harvard Implicit Bias Test https://implicit.harvard.edu/implicit/canada/takeatest.html I discovered parts of me that I was unaware existed. I now know that I can talk to those parts and ask them to be quiet so that I can let my best self be present.

Now that I understand a little bit about “Internal Family Systems," I deliberately use the model during settlement meetings. For example, when the clients get agitated during a mediation or settlement meeting, I sometimes say, “Wow. It seems to me that the parts of you that are a gladiator are showing up strong today, ready to fight and protect you. Those parts won’t let us make progress toward settlement. Perhaps we can just tone down those parts in each of you so that you can let your best self show up. That’ll give us the best chance to settle your case. Is that okay?”

It usually works. The clients usually settle down and are better able to communicate respectfully with one another. I think it works because I am not shaming the clients for being angry. That would likely just enflame them. Instead, I am just respectfully asking them to ask their exile to take a back seat.

I also use the model in my own life. When an angry exile part of me is triggered, I ask it to settle down so that my true self can be present. It really helps me make mindful choices in my life. I want to be an effective peacemaker, so I ask my angry parts to be quiet. They won't help me be an effective peacemaker. I must admit that sometimes my angry protector stays in control of me way too long. I am learning. When I get it right, I am happy that my best self is present.

If a part of you is interested in learning more, I suggest you go to https://selfleadership.org . You’ll find tools that you can add to your toolbox so that you can be a better peacemaker.

Brian Galbraith is a collaborative lawyer in Barrie, Ontario, Canada. He is a trainer, author, and member of the Board of Directors of the IACP. He is also an Instructor for the Leadership Institute of the Florida Academy of Collaborative Professionals. Brian is an author of two chapters in a book edited by Adam Cordover and Forrest (Woody) Mosten of the American Bar Association entitled "Building A Successful Collaborative Family Law Practice" (2018). Brian is Chair of the Equity and Inclusion Committee and the Access to Collaboration Committee of the IACP. Brian is working hard at being an effective peacemaker.  www.Galbraithfamilylaw.com